Category
Home » How To Harvest Earthworm

When to harvest earthworm

Generally, a worm bin will have produced a significant amount of good vermicompost at between two and three months along in the process. If you wait even longer, like 4-6 months, you’ll have more finished looking vermicompost (it will look more like soil and have more plant-ready nutrients in it).

Tip – Try harvesting early one time, then letting it go for much longer the next time, so that you can see the difference in finished product. How To Harvest Earthworm

There are several common ways to separate worms from the vermicompost in your bin.

Now, if you have invented another method of harvesting worms, please tell us and we’ll publish your story. 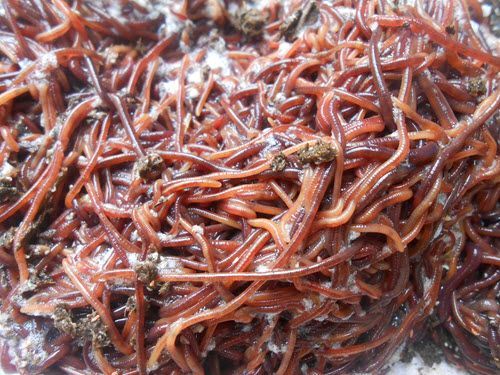 The Benefit of Earthworm in Agriculture

Save The Worms! How To Harvest Earthworm

No matter how hard we hobbyists try to screen our vermicompost, it usually will contain lots of cocoons and baby worms. If you want to try to keep these young worms from being harvested with the vermicompost, and try to hatch the unborn ones, then do the following: place all your vermicompost into one or more large containers, place some attractive food on top, and cover the entire surface with a layer of cardboard. Melon rind is a great attractant to use, though apple cores will also work.

Two ways you can increase the percentage of castings in your vermicompost are by:

Your worms have taken your food waste and produced an excellent, all-natural fertilizer. Add vermicompost whenever you plant seeds or move starts outdoors. Simply mix a small amount of it into the planting hole. A quarter cup per small plant will give them a significant boost.

With older plants and houseplants, top dress with vermicompost twice a year. Scratch the surface of the soil to mix it in.